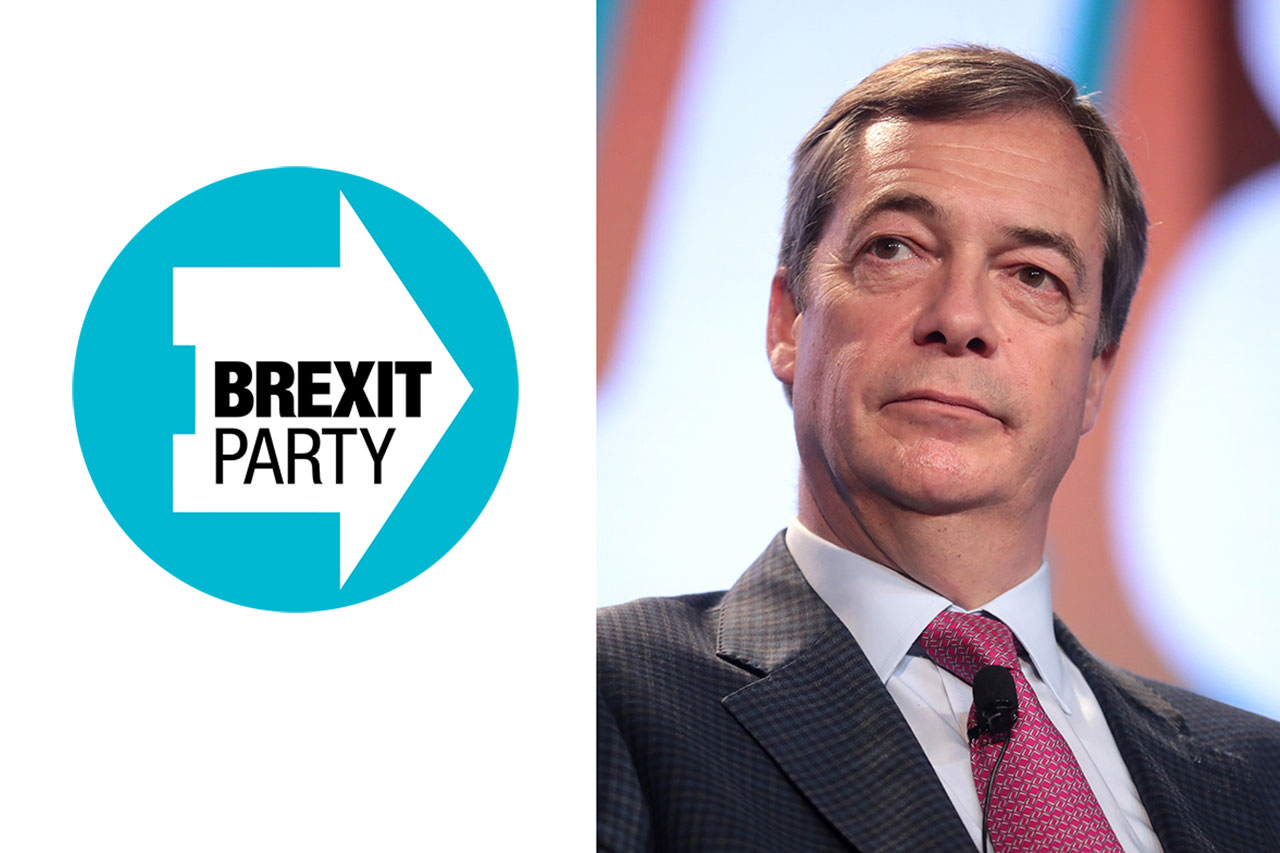 In April 2019, Nigel Farage launched The Brexit Party Limited, a private limited company that was incorporated on 23 November 2018. Farage is currently the main director of the company, in which he describes his occupation as ‘ Leader Of A Political Party’, and is the only person listed as a person with significant control, giving him the right to appoint or remove a majority of the board of directors of the company. Farage is also the sole director of Thorn in the Side Limited (incorporated May 2011), who show net current assets to the amount of £420,892 as at May 2018.

The only other director is Richard Tice, who is the appointed Chairman of The Brexit Party.

The secretary’s position is held by Phillip Victor Basey. Basey, along with Nadine Holroyd, is a director of 4 other limited companies, all of which are currently dormant and all have the same registered address as The Brexit Party Ltd, ie 83 Victoria Street, London.

The Brexit Party has been officially registered with the Electoral Commission allowing it to field candidates at upcoming elections.

Currently, their sole aim is to leave Brexit with no deal in place, and to “change politics for good”.

Well, at the moment, they haven’t given any, just mere hints that their party will be different, that they don’t have ‘members’, just registered subscribers, and have mentioned that their online subscribers will be able to have a say in all their policies – sounds great doesn’t it!

Well we know that Nigel Farage had the idea behind the party prior to January 2015. That is the date when Farage went to Milan to sit down with Gianroberto Casaleggio, an Italian entrepreneur and political activist and co-founder (with Beppe Grillo who was famous in Italy for his rabble-rousing live shows) and self appointed “political head” of the “Five Star Movement” (M5S). Farage described Casaleggio to his senior advisor, Raheem Kassam, as, the “genius behind Five Star”. Apparently, Farage was impressed with how quickly M5S had grown to once the Italy’s biggest political parties, and was meeting with Casaleggio to find out how he had done it, with the intention of replicating it here in the UK.

The Guardian reported that Farage learnt that, Five Star members were discussing and voting on policy and nominating and electing each other to run for office while being steeped in party propaganda, all on a single online platform. This made supporters feel as if the movement’s identity was emerging organically from their online interactions, while Casaleggio and Grillo could guide those interactions with messaging from above. What’s more, the “movement” was dominated by a private company owned by Casaleggio. Five Star was in many ways less like a political party than a publicly traded company in which members were voting shareholders, but Casaleggio had the controlling stake.

Raheem Kassam stated that Farage was “very excited” about bringing M5S’s style of digital democracy to the UK, and this was all before the 2016 referendum was even announced!

The Guardian further reported that the Milan meeting was also an important moment in a larger shift: toward the emergence of a new form of populism, in which demagogues use digital tools and corporate structures to direct mass movements. “As long as you are liking them, as long as you’re a fan, as long as you follow them, they don’t need really to account for what they do,” said Paolo Gerbaudo, an Italian political sociologist at King’s College London who studies how political parties use the internet. He added: “What users/members/customers are given is basically a window-dressing of participation.”

Farage said, “would I spend 20 years speaking to people in village halls or would I base it on the Grillo model? I know exactly what I would do”.

In July 2016, a year and a half since his meeting in Milan, Farage resigned, for the second time, as UKIP leader, saying he had fulfilled his political ambition, and left the party in December 2018, one month AFTER The Brexit Party Limited was registered.